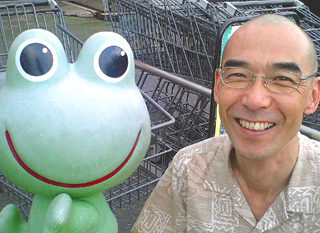 Dr. Nakagawa, who conceived and developed Tapping Touch, was born in the historic city of Kyoto, Japan. He traveled to the United States in 1977 as a university student, and after graduating from University of California at Berkeley in 1984, obtained his doctorate in clinical psychology from Rochester University in New York in 1990. He worked as a clinical (licensed) psychologist in the San Francisco Bay area for a number of years, and then returned to Japan where he continued his research and practice in holistic psychology. He is currently the director of Institute of Holistic Psychology & Education and a guest professor at Mie University in Japan.

Copyright 2010, The Association of Tapping Touch.